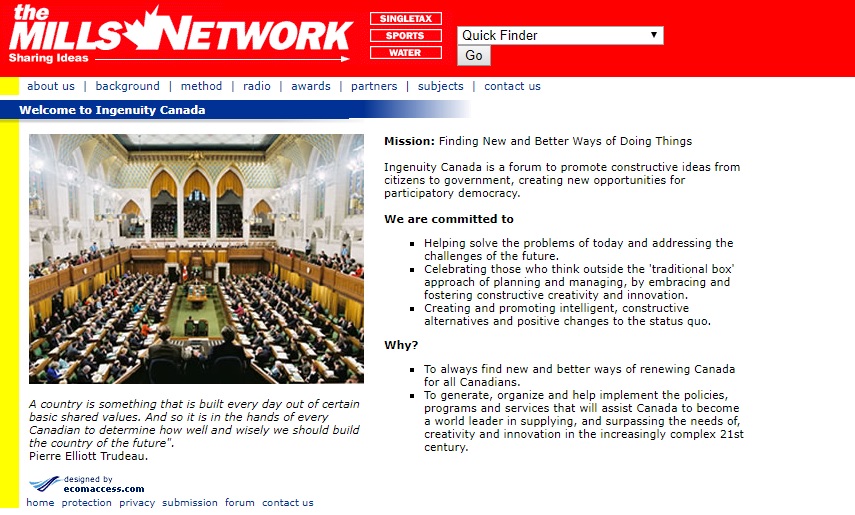 Ingenuity Canada was launched in the spring of 2002 at Cinespace Studios on Toronto’s Waterfront. Inspired in part by the scholarly publication, The Ingenuity Gap by Thomas Homer-Dixon, Ingenuity Canada brought more than a thousand people together in a sound stage used for a major movie production, and recognized the ingenuity of 20 outstanding Canadians.

The event was hosted by Belinda Stronach of Magna International, and featured a ceremony with custom-designed awards (in the image of former Prime Minister, Pierre Trudeau), book signings by Thomas Homer-Dixon, live entertainment within the movie set, and plenty of inspiration.

Ingenuity Canada later hosted a live webcast focusing on national and international issues, as well as promising ideas for public policy, from the Munk Centre at the University of Toronto, and even featured an Internet radio studio located in the constituency office of Toronto-Danforth MP, Dennis Mills. 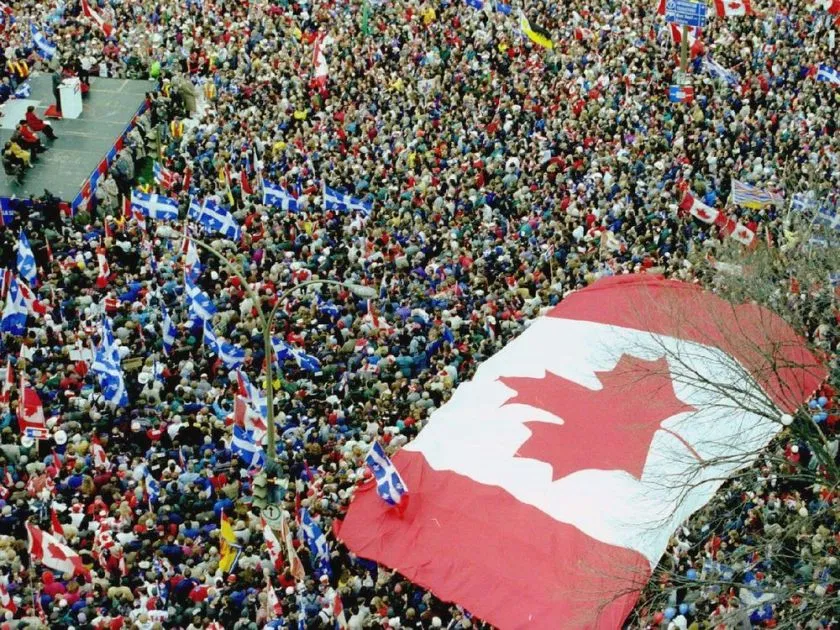